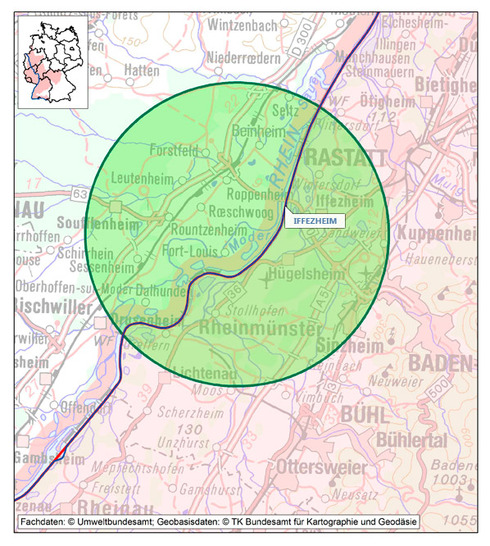 The sub-area is located at the end of the Rhine canal in the head- and the tailwater of the barrage at Iffezheim. The Rhine canal begins at Weil am Rhein and is characterized by 10 barrages and a complete straightening, which dates back to the so-called Tulla’sche Rhine correction (1830–1870). In this section, the Rhine is straightened and the riverbanks are reinforced by coarse rocks.

The adjacent areas are mainly used for agriculture. The tailwater sampling site is bordered by a marina on the French side of the Rhine. No above-ground discharges are found in this river section.