Accumulation patterns of heavy metals in the marine food web

The analysis of organisms from different trophic levels allows for the assessment of accumulation patterns of substances in the food web. Lead is not enriched in the marine food web. Highest levels are found in blue mussels. In contrast, mercury is clearly biomagnified with highest concentrations in herring gull eggs.

The set of marine organisms monitored in the Environmental Specimen Bank (ESB) belong to different levels of the marine food web.
Bladder wrack is a primary producer that builds up biomass from inorganic compounds utilizing photosynthesis. The trophic level of primary consumers (herbivores) is represented by blue mussels filtrating particles (mainly microalgae) out of the water. Secondary consumers like the eelpout are carnivores that feed mainly of primary consumers such as mussels, snails and worms. Herring gulls are omnivores and feed mainly on mussels and crustaceans.

Taking these different trophic levels into account allows the assessment of an accumulation pattern of pollutants in the environment. This can be exemplified by the heavy metals lead and mercury. Their accumulation pattern in marine food webs is quite well understood and is confirmed by the Environmental Specimen Bank data. 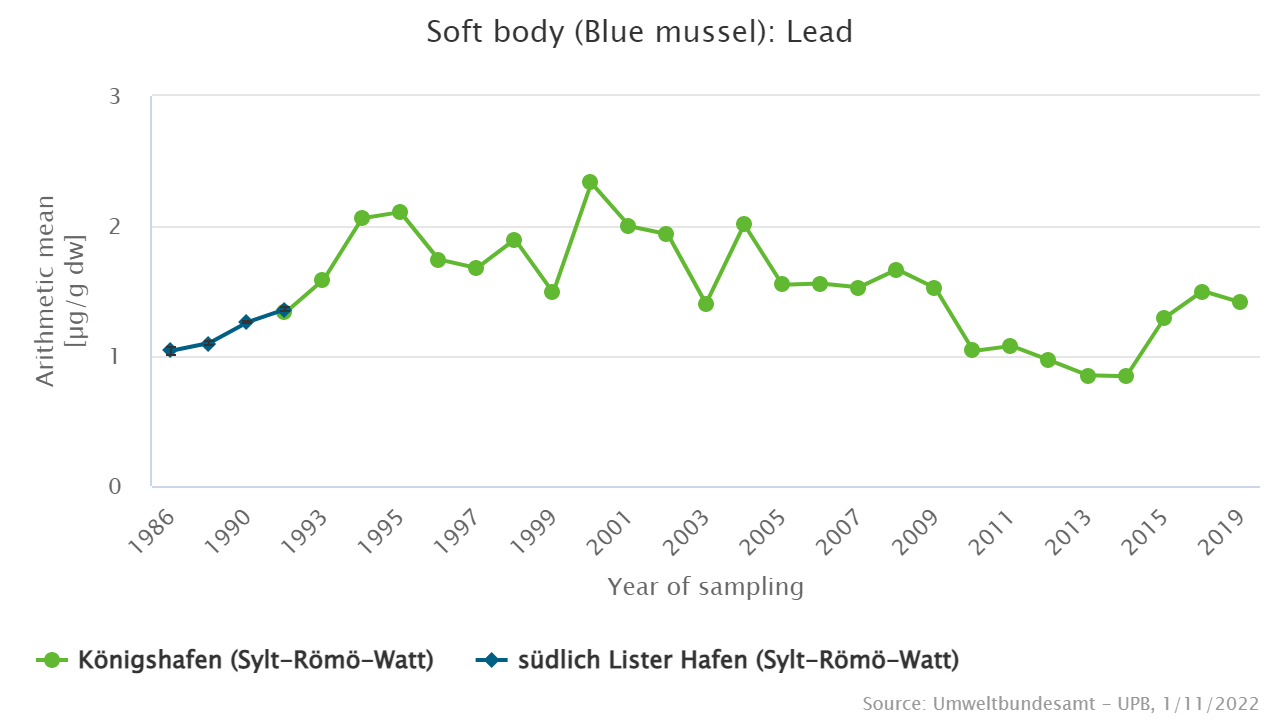 Fig. 1: Lead in blue mussels [µg/g dry weight] from the Schleswig-Holstein Wadden Sea in the BR/NP Wattenmeere Zoom in
Go to data search

These findings demonstrate that an environmental contamination with lead or substances with a similar accumulation pattern can best be assessed by analysing the trophic level of primary consumers like blue mussels. This is already practised in numerous national and international programmes.

Substances with such a potential for biomagnification are expected to significantly affect the top predators of a food web.

The accumulation pattern of the heavy metals lead and mercury shows exemplarily the different behaviour of substances in ecosystems. The analysis of representative organisms from different levels of the food web allows the identification of those organism groups which are most affected by a contaminant. This may serve as a basis for further programmes e.g. for monitoring the efficiency of regulatory measures.