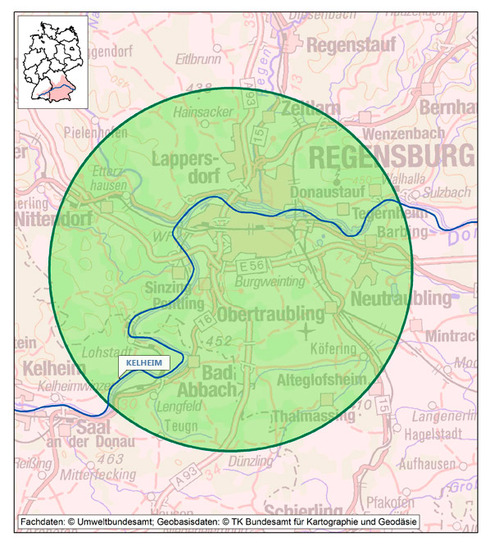 The central section of the river Danube in Germany

The sub-area Unterhalb Altmühlmündung (downstream of the mouth of river Altmühl) lies in the middle reaches of the Danube in the Munich Gravel Plain north of the Hallertau.

This section of the Danube is used as shipping route and the sub-area is therefore characterized by extensive straightening and chains of barrages. Furthermore, the river banks of the main stream are almost completely reinforced by gravel.