As a result of legal regulations such as the Technical Instructions on Air Quality Control, improved wastewater purification and restrictions on the use of cadmium in products, cadmium releases to the environment were reduced by more than 75% between 1985 and 1995. This reduction is only partly reflected in the specimens of the Environmental Specimen Bank.

Cadmium levels in spruce shoots and poplar leaves from the Saarland conurbation remained more or less constant during the monitoring period. The cadmium contents in spruce shoots  are far below the critical concentration considered to affect conifers (i.e. 3 µg/g dry weight). 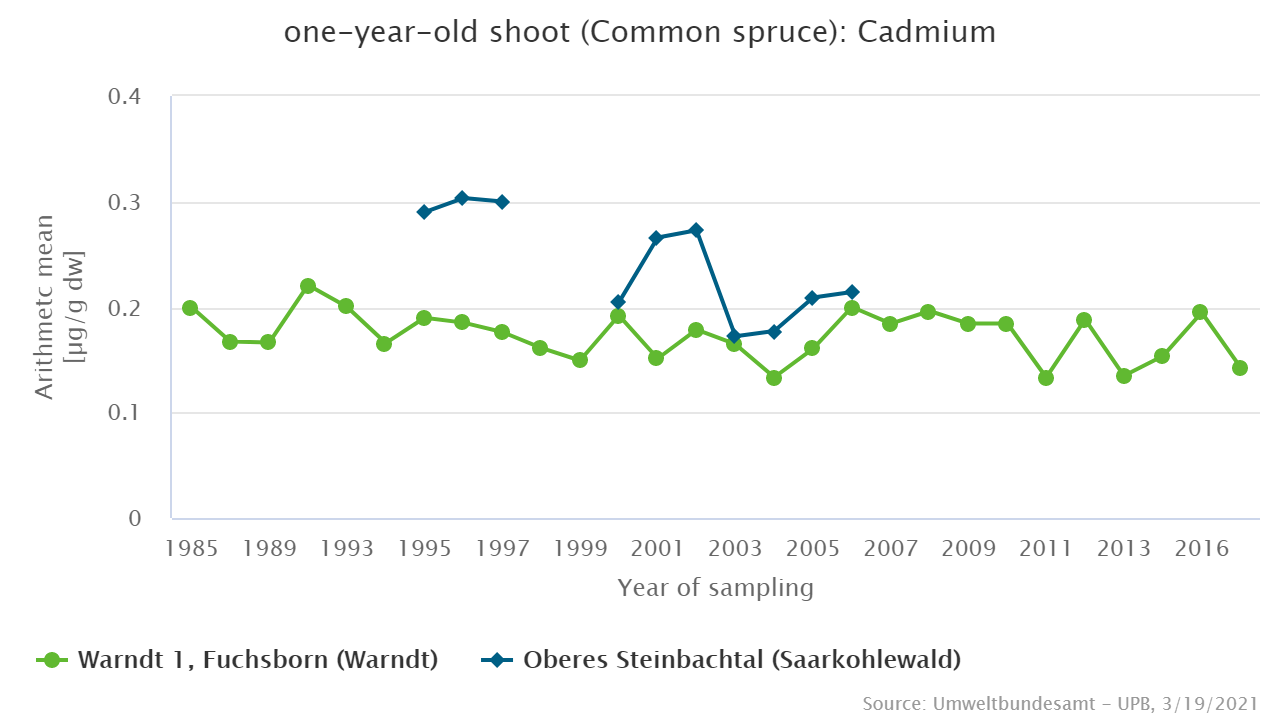 During the monitoring period cadmium levels in bladder wrack and eelpout liver from the Lower Saxony sampling sites decreased slightly. In contrast, increasing levels were observed for blue mussel and eelpout from the Schleswig-Holstein sampling areas. Highest mean cadmium contents were detected in specimens from the Baltic Sea. 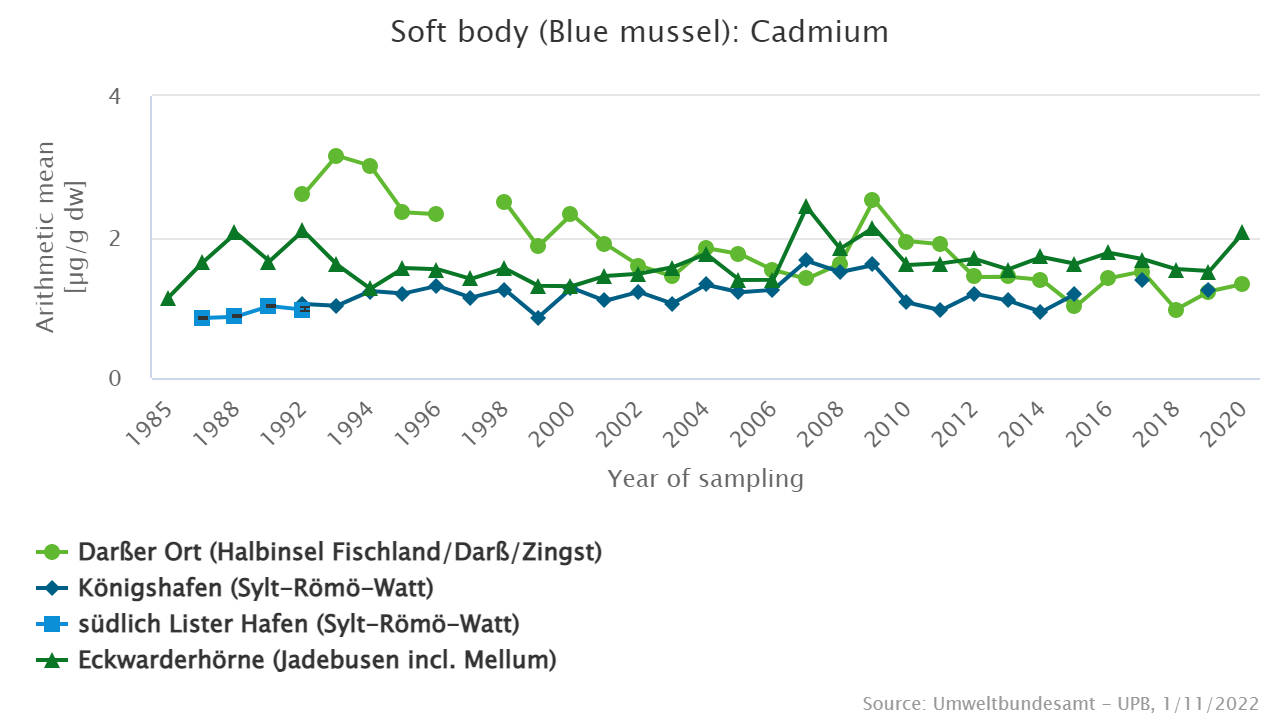 Information on the evaluation of cadmium contamination in mussels

With respect to the protection of human health the European Commission has set the maximum level of cadmium in mussels at 1.0 mg/kg ww. All mussels samples from the three ESB-sites have cadmium concentrations below this reference value.