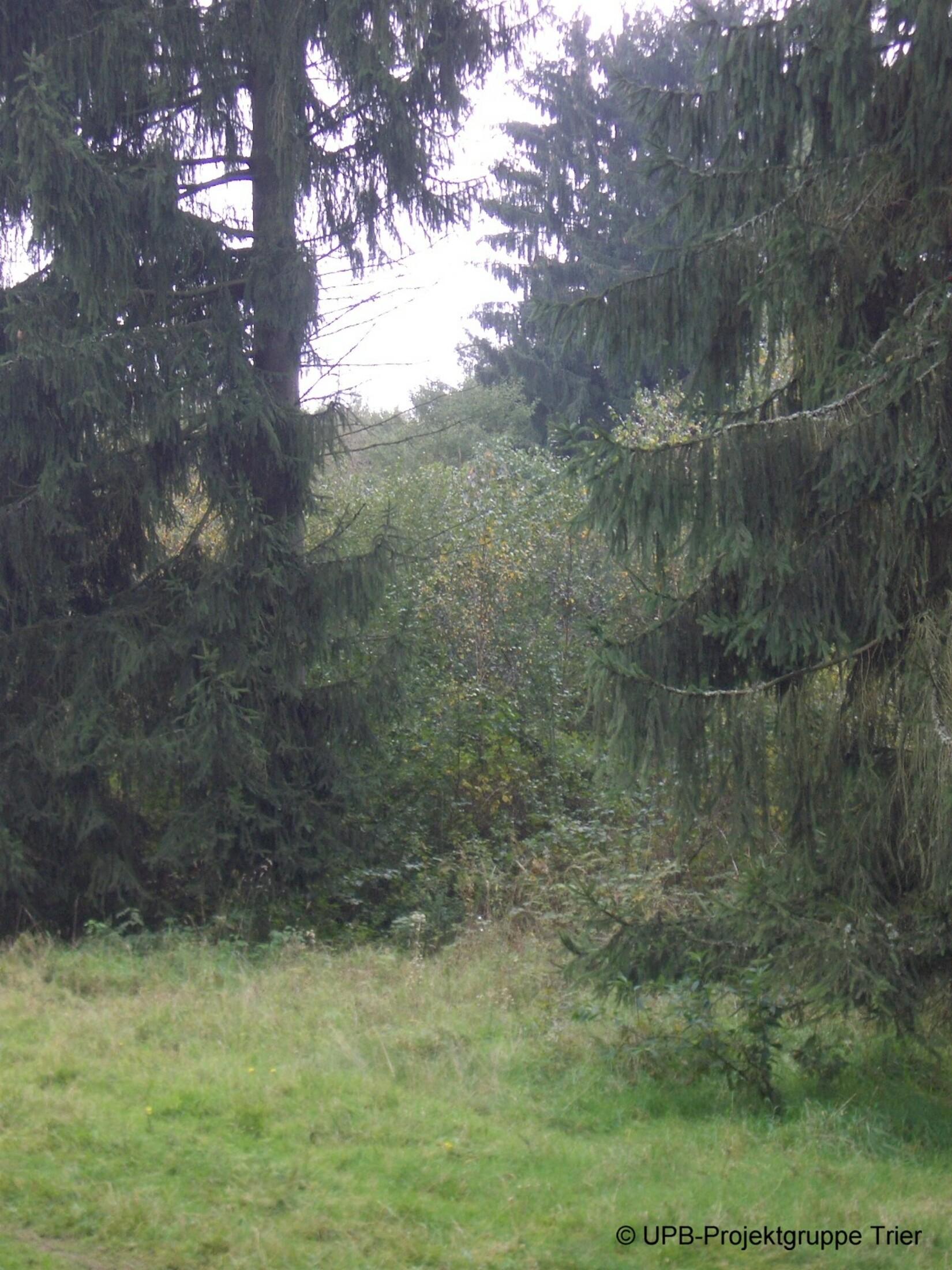 The samplings site for spruce is located in the centre of the largest closed forest of the sub-area Warndt between the small towns of Ludweiler, Differten and Lauterbach and north of the so-called Waldwiesertalweg, a hiking trail.

The site is characterized by mixed stands of beech, oak, spruce, pine, and larch which survived major storms like Lothar and Wiebke that destroyed large parts of the surrounding pure stands of spruce in the 1980s and 1990s.

The predominant soil at the sampling site developed from periglacial floating soils and has only a limited sorption capacity while being quite heavily polluted. Therefore a large-scale liming with magnesium-lime powder was performed in 1985 and 1987. A further liming with dolomite granulate in 2009 excluded the sampling site.

Spruce, which were used for sampling have been reduced by occasional windthrow and - particularly in the last years - by bark beetle infestation.