Polycyclic musk compounds are synthetic fragrances that are widely used in personal care products, washing- and cleansing agents, papers and textiles. They enter the environment via waste water and sewage sludge. Some musk compounds are toxic to aquatic biota, bioaccumulative and endorcrine disruptive. Among the polycyclic musk compounds detected in bream from German rivers and blue mussels from the North and Baltic Sea, HHCB (trade name: Galaxolide) and AHTN (trade name: Tonalide) dominated. During the study period (1986-2003) HHCB and AHTN contamination was significantly higher in bream than in mussels. A general decrease in contamination is noticeable since the mid 1990s.

HHCB and AHTN are the most relevant polycyclic musk compounds in terms of production and use. Both compounds are not fully eliminated in wastewater treatment plants (WWTP) and can thus be detected in WWTP effluents. In surface waters AHTN, but not HHCB, is susceptible to photodegradation. Both are lipophilic and bioaccumulative.
In order to assess the HHCB- and AHTN-contamination of aquatic organisms in German waters, a retrospective monitoring was performed using bream from different German rivers and blue mussels from the North and the Baltic Sea.

HHCB and AHTN were detected in all mussel samples from the southern North Sea (sampling site Eckwarderhörne) with concentrations ranging from 0.52 to 1.7 ng HHCB/g wet weight (ww) and 0.39 to 2.5 ng AHTN/g ww. Until the mid 1990s AHTN dominated while HHCB concentrations were higher in the following years. Blue mussels from the Baltic Sea were less contaminated.

HHCB and AHTN levels in bream from German rivers were up to 1000 times higher than in blue mussels. This is most probably due to the higher exposure of bream to WWTP effluents (less dilution). Generally, in bream, HHCB was higher than AHTN (by factors of 2 to 17). Highest contamination was observed in bream from the Saar, i.e. up to 2005 ng HHCB/g ww and 605 ng AHTN/g ww in the mid 1990s. Since then levels of polycyclic musk compounds have decreased at all sampling sites 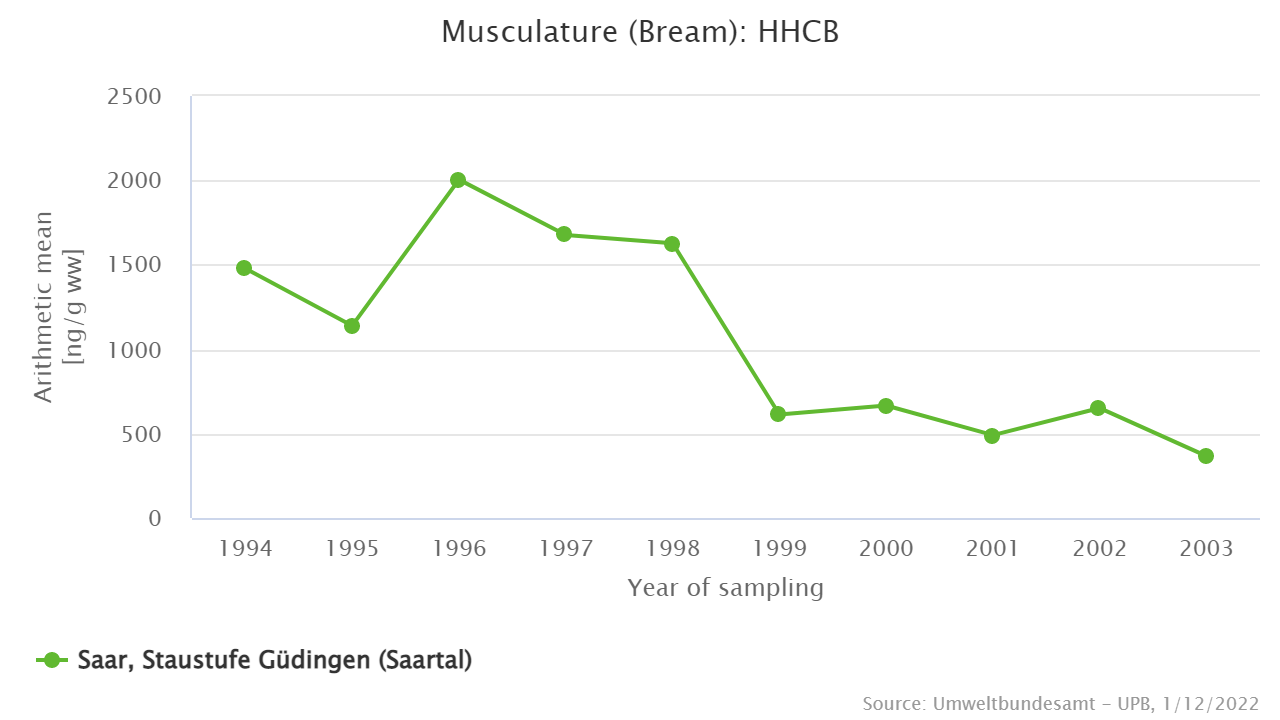 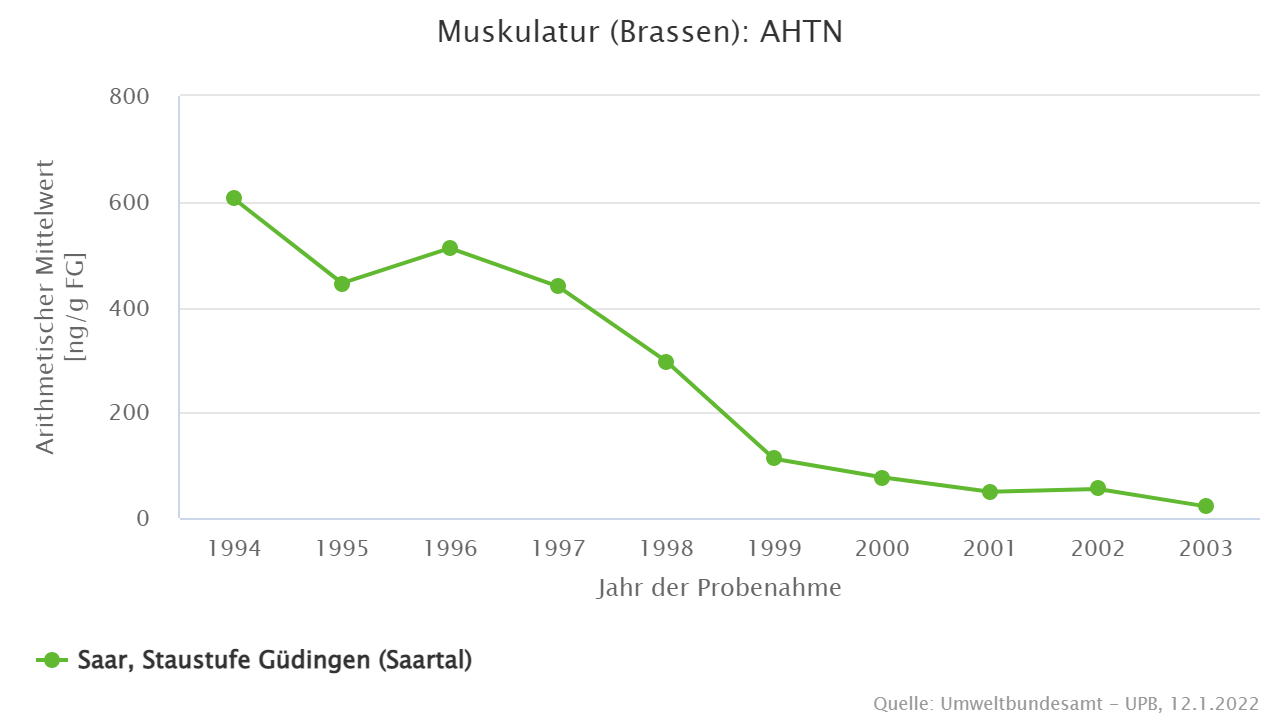 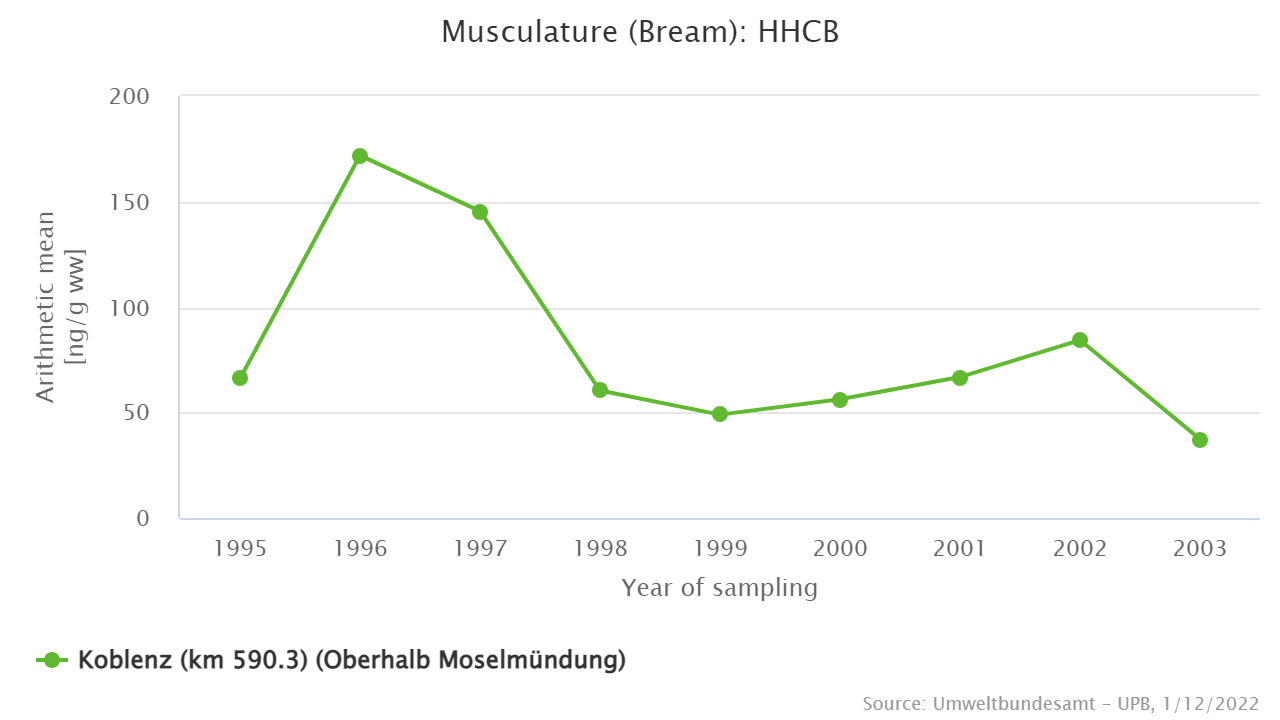 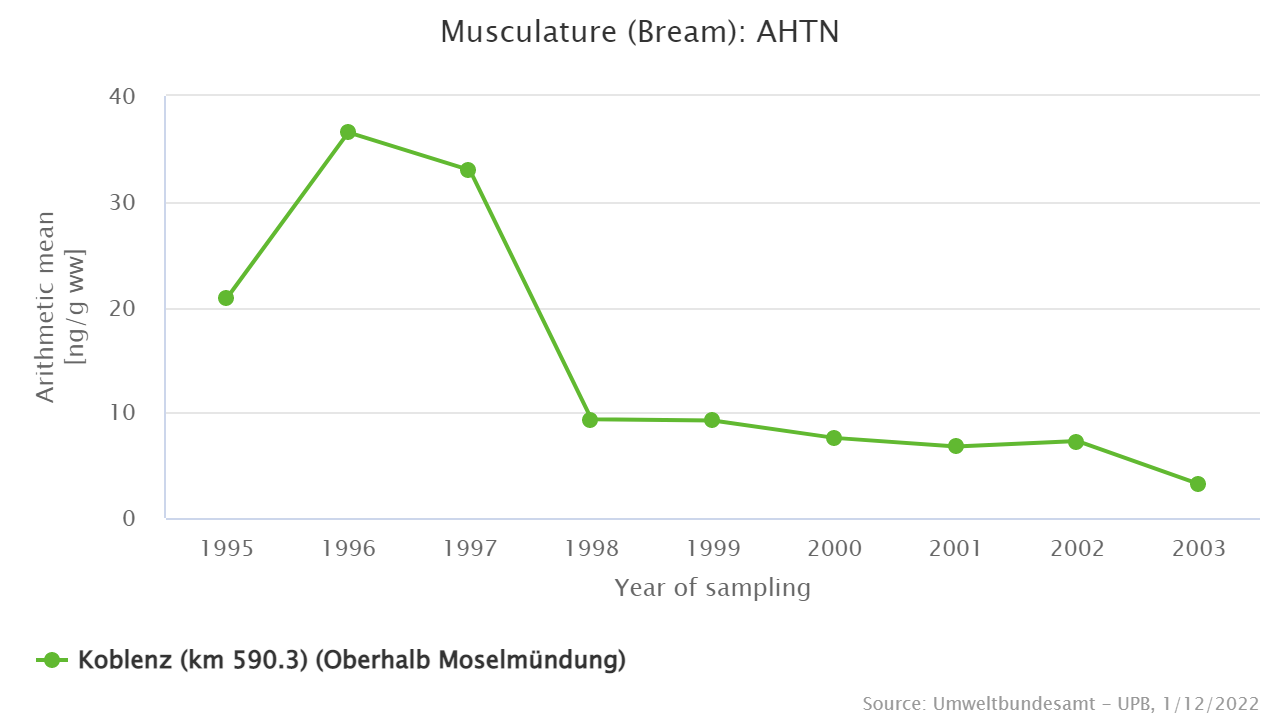 Relevance of the results