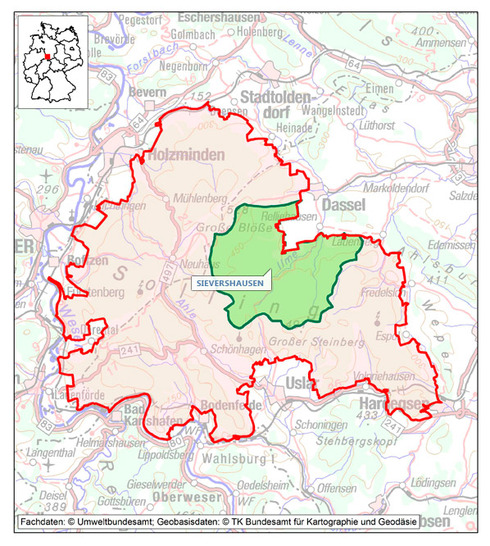 The Solling is a largely forested low mountain range characteristic for Central Europe. About half of the forest area is dominated by beech and spruce forests. Flora and fauna, although typical for the region, are strongly influenced by forestry.

Currently, ecological conversion changes the picture of the Solling. On the plateau of the Upper Solling moors and moorland forests are being recultivated.
As part of the Solling-Vogler Nature Park the Solling is extensively used for recreational purposes. A total of 1,300 hectares in the Nature Park Solling-Vogler are currently designated as nature reserve. An outstanding project in the Solling is the fostering of the pasture landscape and oak forests using feral Heck cattle and Exmoor ponies.

As part of the ecosystem and forest damage research, atmospheric deposition in the Upper Solling has been extensively studied. The airborne emissions originate mainly from eastern and south-eastern directions.

The sampling area covers approx. 52,000 ha and is located mainly in the Upper Solling at altitudes of 350 – 520 metres above sea level.