From 1985 to 1995, mercury emissions in Germany have decreased by two-thirds. As a result, the state of the environment has improved significantly.

Since the late 1980s mercury levels in spruce shoots from the Saarland conurbation have declined considerably. A similar trend is apparent for herring gull eggs from the North Sea. In herring gull eggs from the Baltic Sea, however, mercury has increased slightly. Decreasing mercury levels are also detected in bream from Rhine, Elbe and Mulde whereas contamination of breams from the rivers Saar and Saale have increased slightly since the mid 1990s.

Since the late 1980s mercury in spruce shoots from the Saarland conurbation has decreased by about 70%. 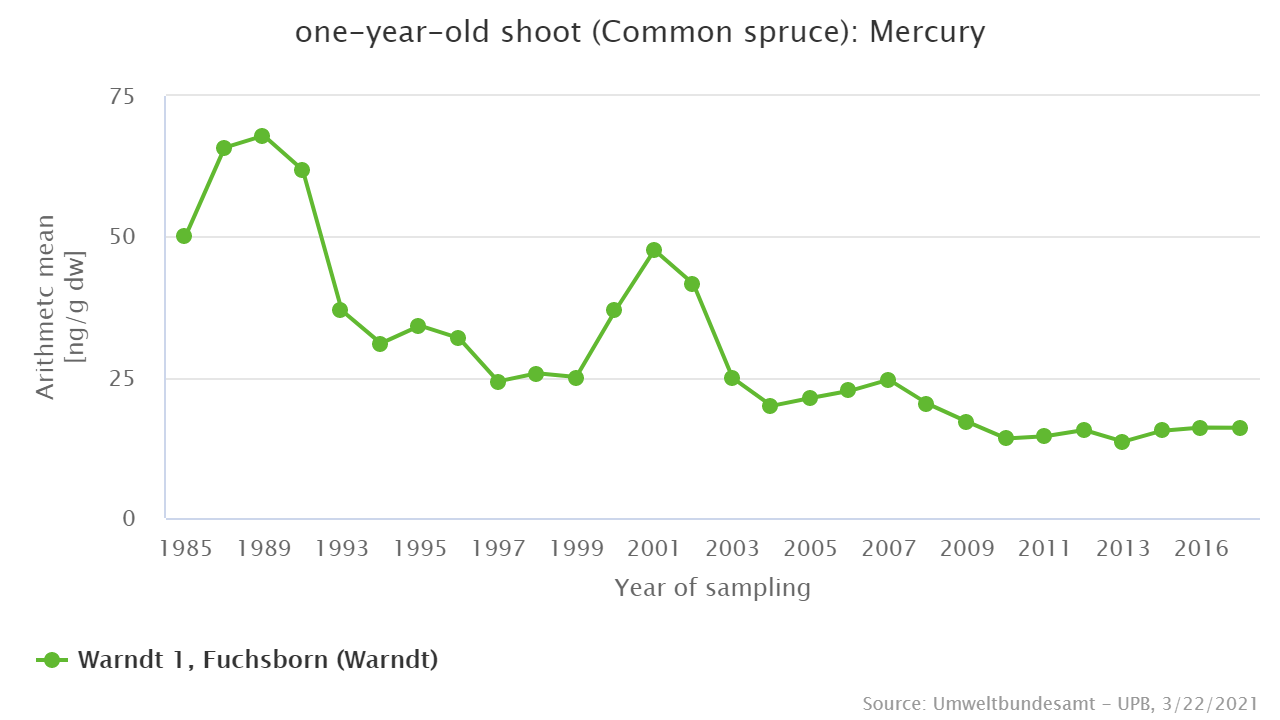 Mercury in herring gull eggs from the Schleswig-Holstein Wadden Sea (sampling site Trischen) has decreased by about 70% since the late 1980s. A comparable trend is found for eggs from the Lower Saxony site Mellum (approximately 50 % decrease). In 2011, however, we found high mercury levels. So far, there is no explanation for this increase;  this finding is confirmed by analysis of egg samples from 2012.
In contrast, mercury levels in eggs from the Baltic Sea were about 3% higher in 2012 than in 1993.
Overall, mercury concentrations detected in the eggs of herring gulls no longer represent unusually high levels of contamination. 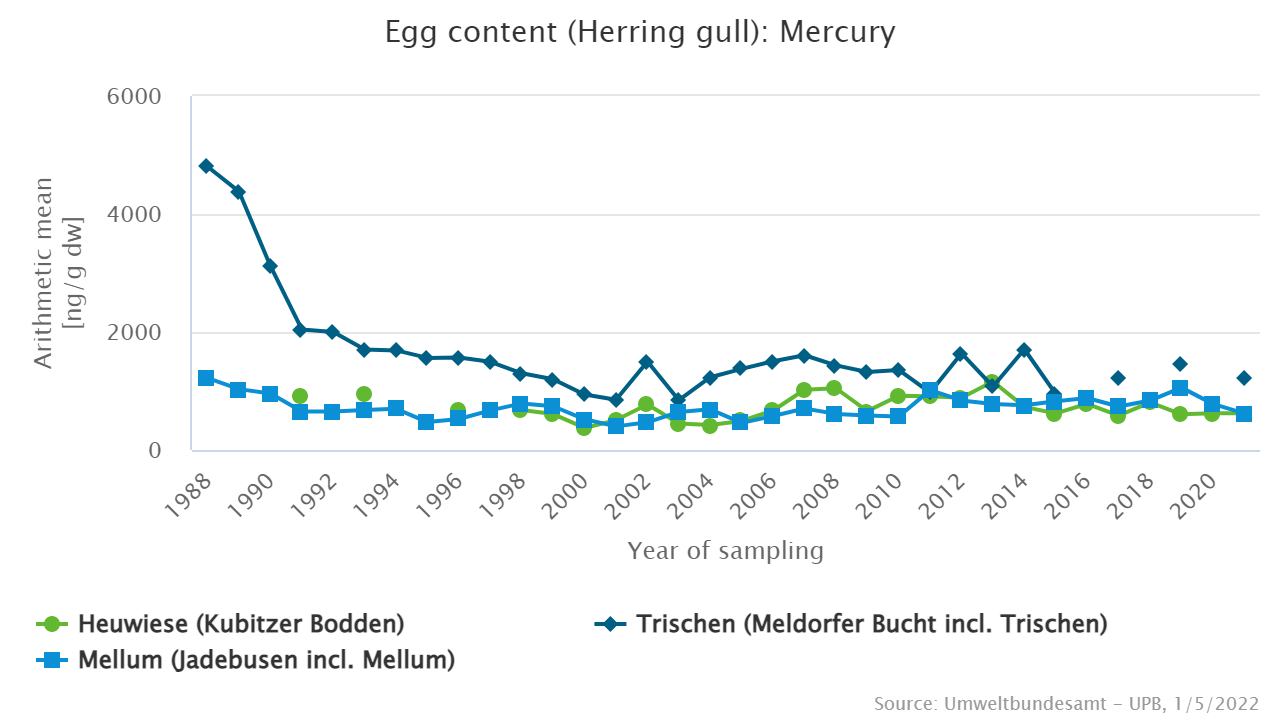 Since the mid 1990s mercury levels in bream from Rhine, Elbe and Mulde have decreased. In contrast, contaminations of bream from the rivers Saar and Saale have increased slightly. Figure 3 shows this exemplarily for the Elbe tributaries Mulde and Saale. 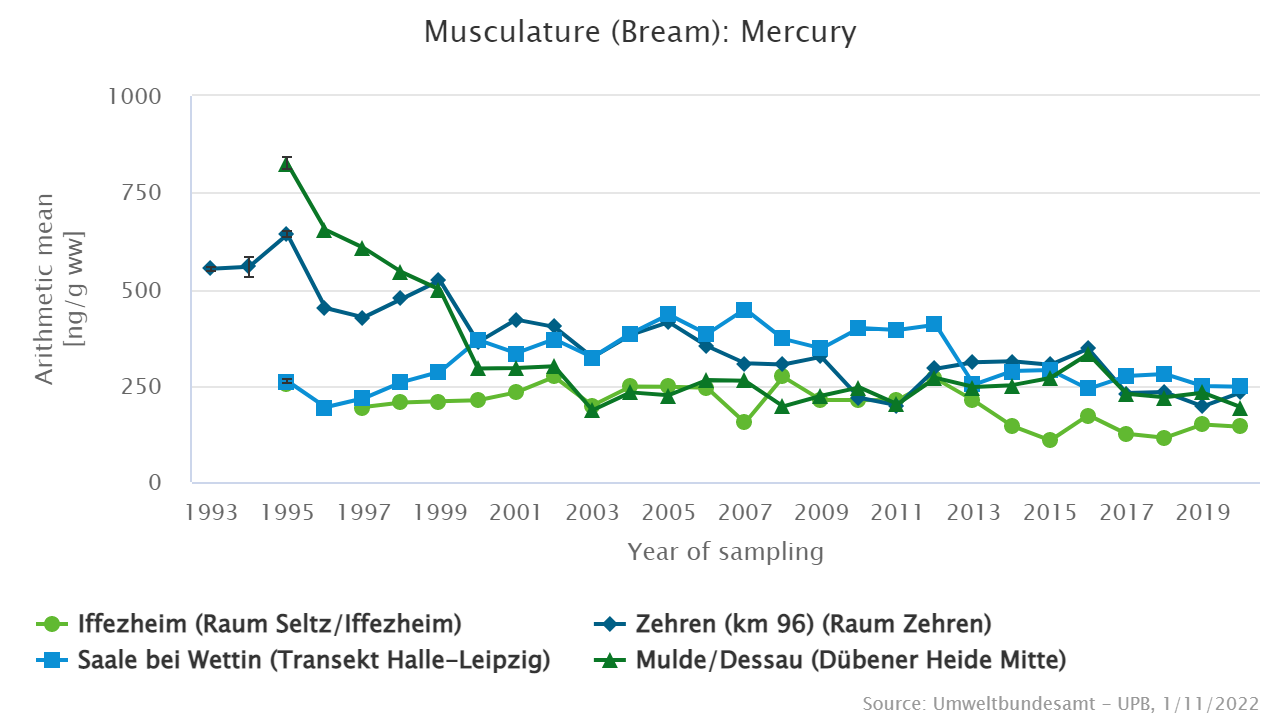 Fig. 3: Levels of total mercury based on wet weigth (ww) in muscle of bream from the rivers Mulde and Saale Zoom in
Display diagram data

Display all data of the result description

Evaluation of mercury contamination of bream

In 2019 bream from all sampling sites had mercury levels far below the maximum levels for foodstuffs, i.e. 500 ng/g wet weight (ww).
The more stringent environmental quality standard for mercury in biota (20 ng/g ww), however, was failed by all samples.