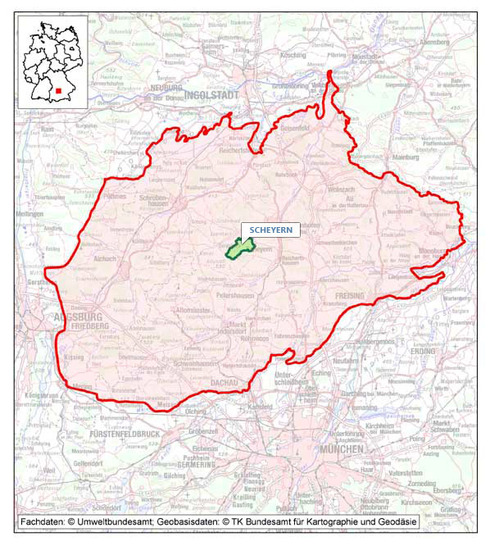 The Bavarian Tertiary Uplands belong to the tertiary hill country that extends to Austria. Temperate climate and rolling hills are typical for this region. Its origin goes back to the glacial period when tertiary detritus deposits of the Alps, gravel of the early Pleistocene and sediments of the great Alpine rivers shaped the landscape. Nowadays, the area is characterised by the following:

The sampling area covers approx. 2633 km2 and is located in the German part of the tertiary uplands.