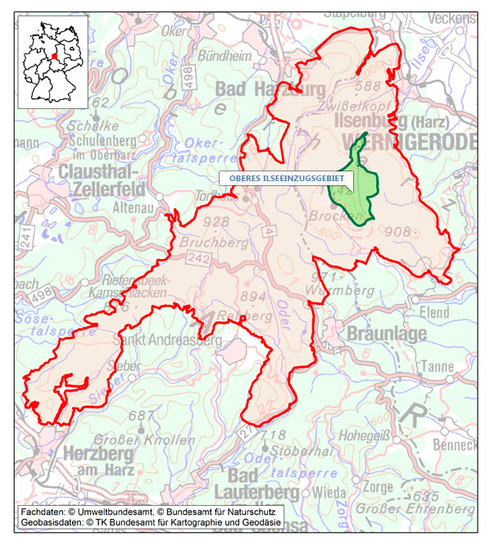 The National Park (NP) Harz is the largest forest national park in Germany and covers 24,703 hectares (= 10% of the total area of the Harz). It is the northernmost low mountain range in Germany.

Approximately 96% of the national park is forested. In a relatively confined area the national park comprises different altitudinal belts, from hill country up to the subalpine summit of the Brocken. Among all German low mountain ranges only the Harz reaches the natural tree line.

The NP Harz is characterized by a highly diverse flora. Most plant species are not native in the Harz but have accumulated from different regions in Europe. Many of them originate from northern Europe and are relicts of the glacial period.
The sampling area covers the territory of the former NP Hochharz (Upper Harz Mountains).