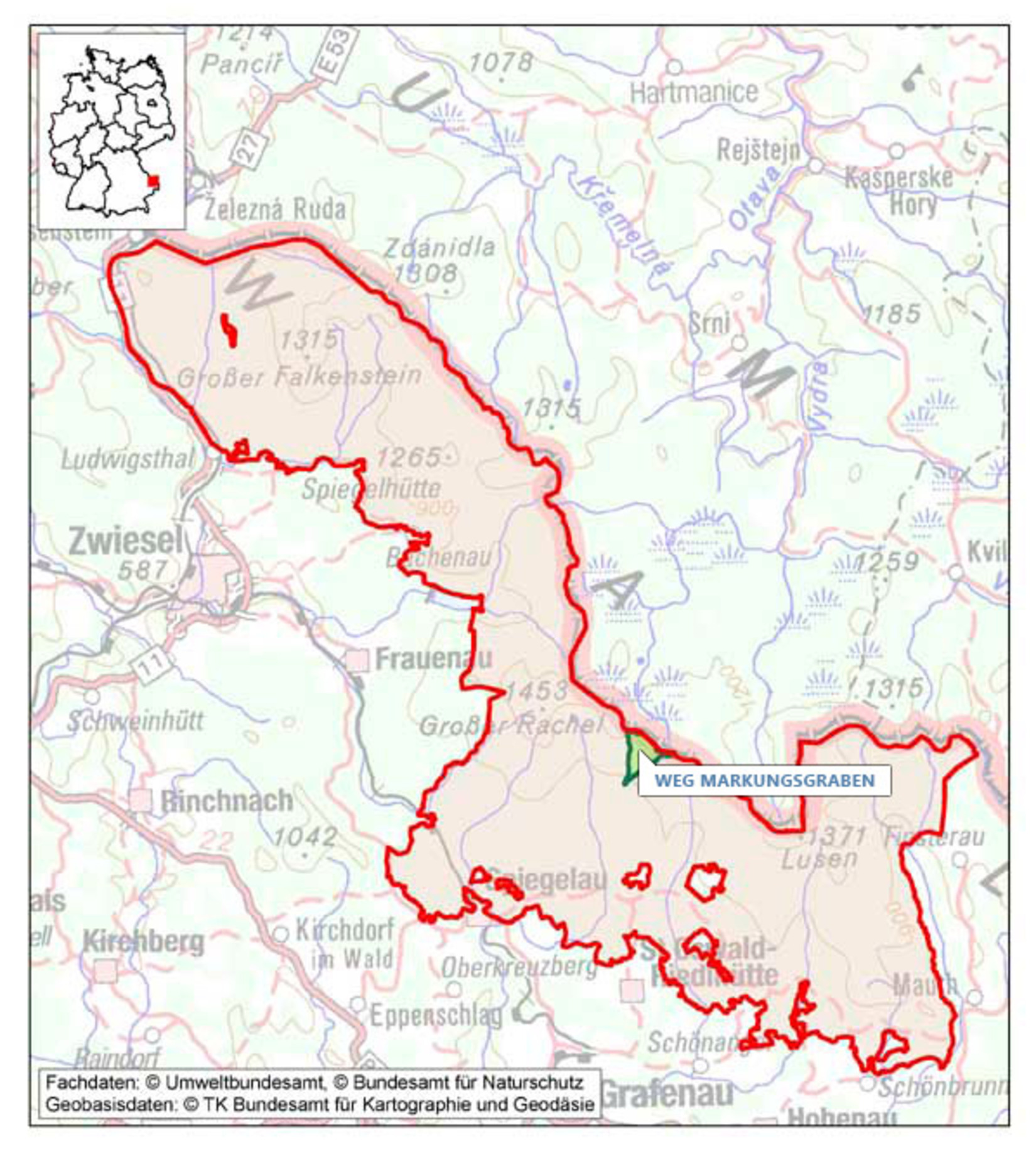 The Bavarian Forest National Park (NP) is a characteristic low mountain range in Central Europe with extensive forests. The NP is situated in the middle of the Bavaria Forest which adjoins the Czech Republic’s Bohemian Forest in the east. Taken together, the Bavarian and the Bohemian Forest constitute the largest continuous forest in Central Europe. About one third of the area lies in an altitude above 1,000 metres.

In the north-east the NP is bordered by the Czech Republic’s Sumava Biosphere Reserve. The natural spruce forest of the mountain crests and plateaus are characteristic for both nature reserves. Taken together, both reserves cover an area of about 1,000 km2, thus constituting the largest cross-border national park in Central Europe. Today the development of both national parks is coordinated.

The NP Bayerischer Wald is characterized by a multitude of typical natural plant and animal communities. Striking weather and climate phenomena can be observed in the national park. For instance, the average temperature during winter and the yearly average are lower in the national park compared to similar heights in the Alps and in other low mountain ranges in southern Germany. During fall and winter the hillsides are often significantly warmer than the valleys, a phenomenon called temperature inversion.

The sampling area encompasses the whole region of the national park.