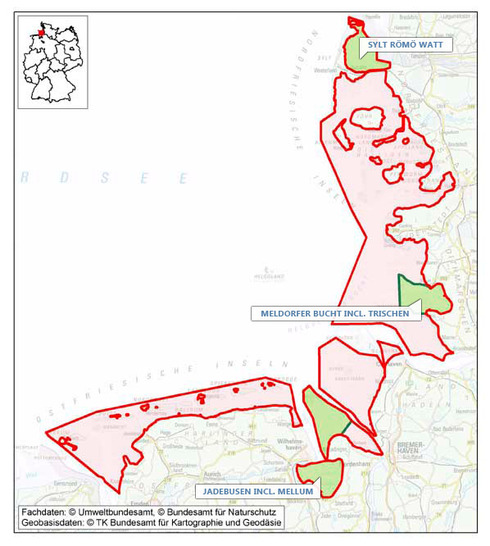 The Watt is an ecosystem which forms part of the North Sea, a strip of shallow coastal water around 10 km wide which stretches 450 km from Esbjerg in Denmark along the southern shores of the sea to Den Helder in the Netherlands. Its total surface area is about 8,000 km2, and 60% of this falls within German territory.

The Wattenmeer - sand and mud flats along the North Sea coast - is one of the most productive natural environments in the world, unique in its expanse and teeming with life.

Along with the higher slopes of the Alps, this is the last natural landscape of major size in Central Europe.

The Wattenmeer incorporates a great variety of habitats, including channels of constant water, salty foreshore grasslands and a diversity of islands.

Many species of bird nest and raise their young or else rest here during migration. It is the nursery of North Sea fish and provides a home for seals.

But this important habitat is seriously in jeopardy due to increasing pollution of the North Sea and the disruption caused by mass tourism.

In June 2009 the Wadden Sea was added to the UNESCO World Heritage List. The sampling area is situated in that area.