Organotin compounds are used as biocides, plastics additives and catalysers. Aquatic ecosystems are affected mainly by tributyltin (TBT) and triphenyltin (TPT) compounds in antifouling paints. Both compounds are highly toxic and endocrine disruptive. After the partial ban of TBT in antifoulants in 1989 and and the total EU ban of organotin compounds for this application in 2003, TBT and TPT contamination of bream in German rivers and of blue mussel and eelpout from the North and Baltic Sea declined. Levels of the respective degradation products (i.e. the di- and mono-substituted compounds) were mostly low, although these compounds are partly used in industry for other purposes, e.g. as catalysts.

Because of its high toxicity and endocrine disrupting effects on mussels and snails, the use of TBT in antifoulants for ships with a length below 25 m was banned in Germany and the EU in 1989 and 1990, respectively. Since 2003, the general use of organotin compounds in antifouling paints is banned in the EU. TPT applications for this purpose were ceased in the mid 1980s.
To assess the contamination of aquatic organisms and evaluate the effects of the regulatory measures a retrospective monitoring was performed on bream from five German rivers, and on mussel and eelpout from the North Sea and Baltic Sea.

Contamination of bream from German rivers

During the study period (1993-2003) highest contaminations were observed in bream muscles from the lower Elbe (sampling site Blankenese) with TBT ranging from 185 to 481 ng/g wet weight (ww) and TPT levels between 8 and 253 ng/g ww. This is probably related to the location of the sampling site near the Hamburg Harbour with its dock activities.
Following the ban in 1989, TBT levels decreased by 50 to 90% in bream from all sampling sites in Germany. Decreasing trends were also observed for TPT although this could only partly be related to its use in antifoulants, i.e. at Blankenese. For other sampling sites TPT levels in bream seem to correlate with its use as fungicide.

Contamination of mussels and eelpout

TBT levels in mussels and eelpout from the North- and Baltic Sea remained more or less constant until end of the 1990s. Effects of the 1989/1990 ban of TBT in antifoulants for ships with a length below 25 meters were not apparent, probably because shipping traffic in the North and Baltic Sea is dominated by larger ships. After the total organotin ban in 2003, however, TBT levels decreased significantly in both, mussels and eelpout. 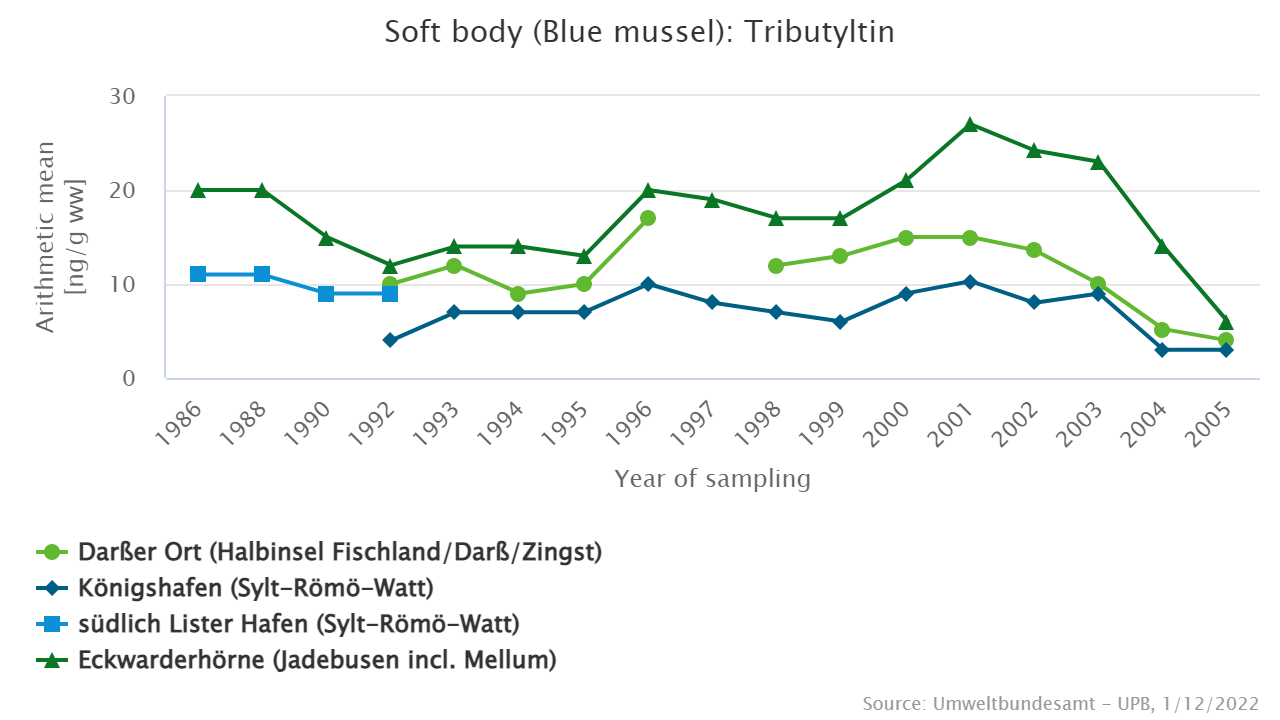 Fig. 3: TBT levels in blue mussels from the North Sea and Baltic Sea between 1986 and 2005
Display diagram data 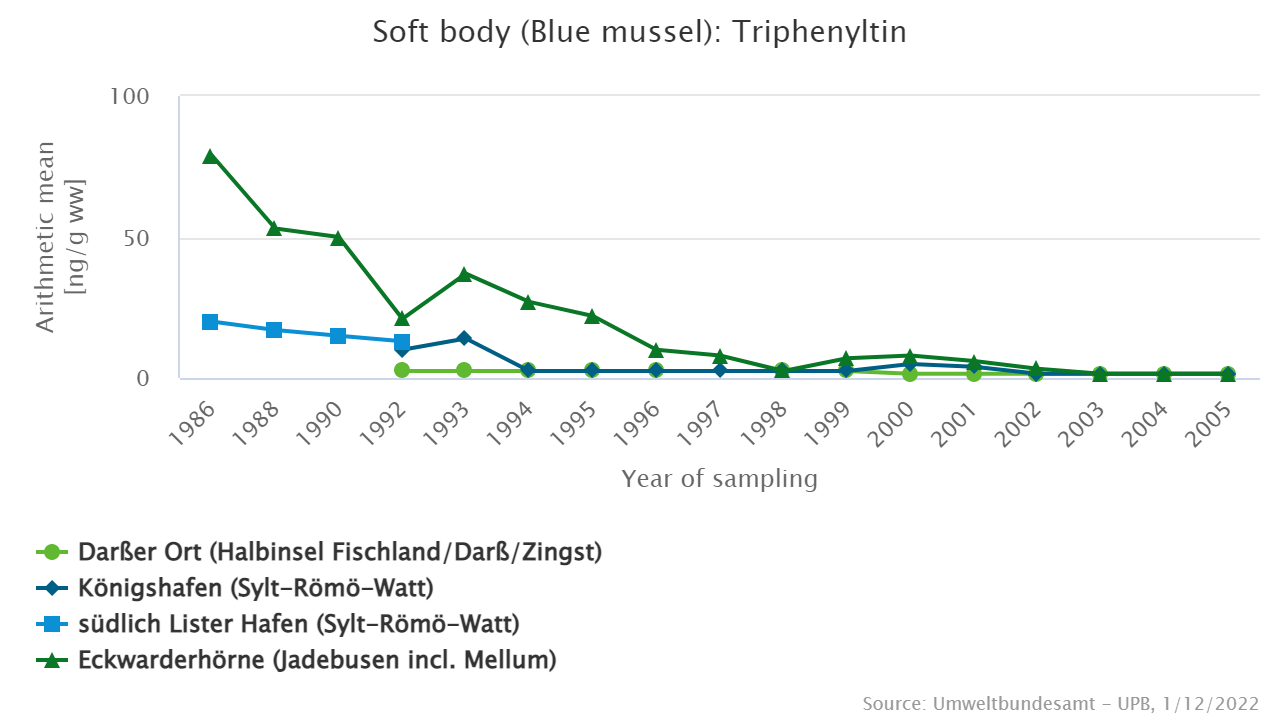 Fig. 4: TPT levels in blue mussels from the North Sea and Baltic Sea between 1986 and 2005
Display diagram data 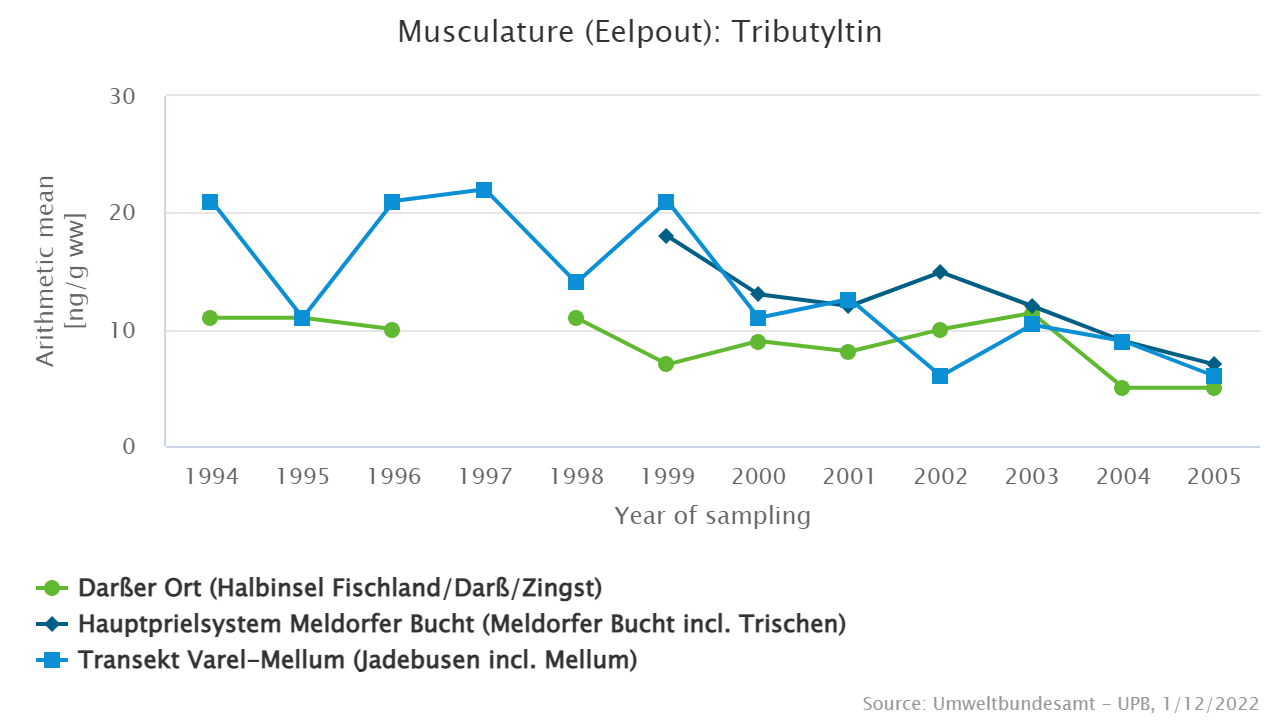 Fig. 5: TBT levels in eelpout muscle from the North Sea and Baltic Sea between 1986 and 2005
Display diagram data

Relevance of the results

The study underlines the effects of the regulatory measures in reducing organotin compounds in aquatic environments. However, converting tissue levels to water concentrations reveals that the environmental quality standard (EQS) for organotin compounds as defined by the Water Framework Directive (0.2 ng/L) is still not met. Thus further monitoring is necessary.