The historical air pollution with halogenated flame retardants (HFRs) in Germany was assessed by investigating tree leaf and shoot samples which have been archived in the German environmental specimen bank. Samples covered the period from 1985 to 2016. 43 HFRs comprising polybrominated diphenyl ethers as well as emerging brominated and chlorinated compounds such as Dechlorane Plus, DBDPE, or DPTE, were analysed in 115 samples from ten sub sites originating from six areas characterised by different land uses, including urban as well as a background site. HFRs were observed in each sample showing the widespread distribution of HFRs in Germany in tree leaves and shoots as bioindicators of past and present atmospheric pollution. Analytes observed at elevated concentrations were BDE 209, DBDPE and DPTE. Observed HFR-levels differed between analytes as well as sampling locations, particularly prior to the year 2000. They were typically highest at conurbation areas. Concentrations at the background site often belonged to the lowest ones observed, however, lowest values were not exclusively found there. The quantification frequencies appeared to decrease from the past to most recent samples. With few exceptions, atmospheric pollution of both, legacy and emerging HFRs, decreased significantly. 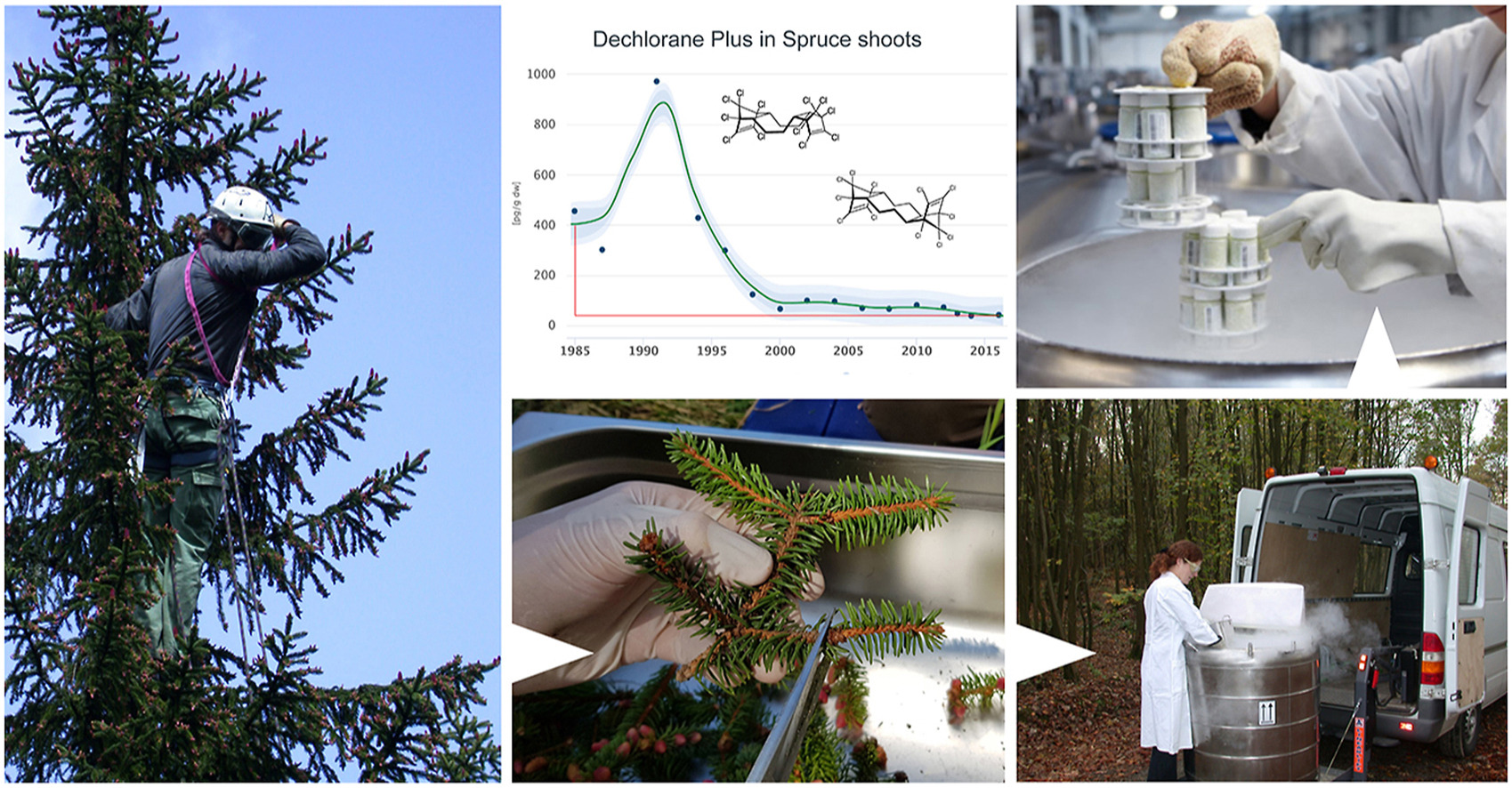