Tissue concentrations of per- and polyfluoroalkyl substances (PFAS) in German freshwater fish: Derivation of fillet-to-whole fish conversion factors and assessment of potential risks

The European Water Framework Directive requires monitoring of bioaccumulative contaminants in fish to assess risks to human health by fish consumption and wildlife by secondary poisoning of predators. The list of priority substances for which environmental quality standards (EQSs) have been derived covers also perfluorooctane sulfonic acid (PFOS). No EQSs have yet been set for other per- and polyfluoroalkyl substances (PFAS) that are frequently detected in fish and of which some have a non-negligible risk potential compared to PFOS. As a case study, burdens for a set of PFAS were investigated for different fish species from five German freshwater sites and a Baltic Sea lagoon. PFAS concentrations were determined for composite samples of both, fillet and whole fish. On average, sum concentrations of C9–C14 perfluoroalkyl carboxylic acids, which will be banned in the European Union in 2023, reached 87% and 82% of the PFOS burdens in fillet and whole fish, respectively. The potential risk of several PFAS other than PFOS was assessed using a previously suggested relative potency factor approach, which is also applied for a proposed EQS revision. Only five of 36 fillet samples (mostly perch) exceeded the current EQS for PFOS alone. By contrast, all fillet samples exceeded the newly proposed draft EQS, which considers potential effects of further PFAS but also a lower tolerable intake value. Additionally, the dataset was used to derive fillet-to-whole fish conversion factors, which can be applied to assess human health risks by consumption of fillet if only whole fish concentrations are available. 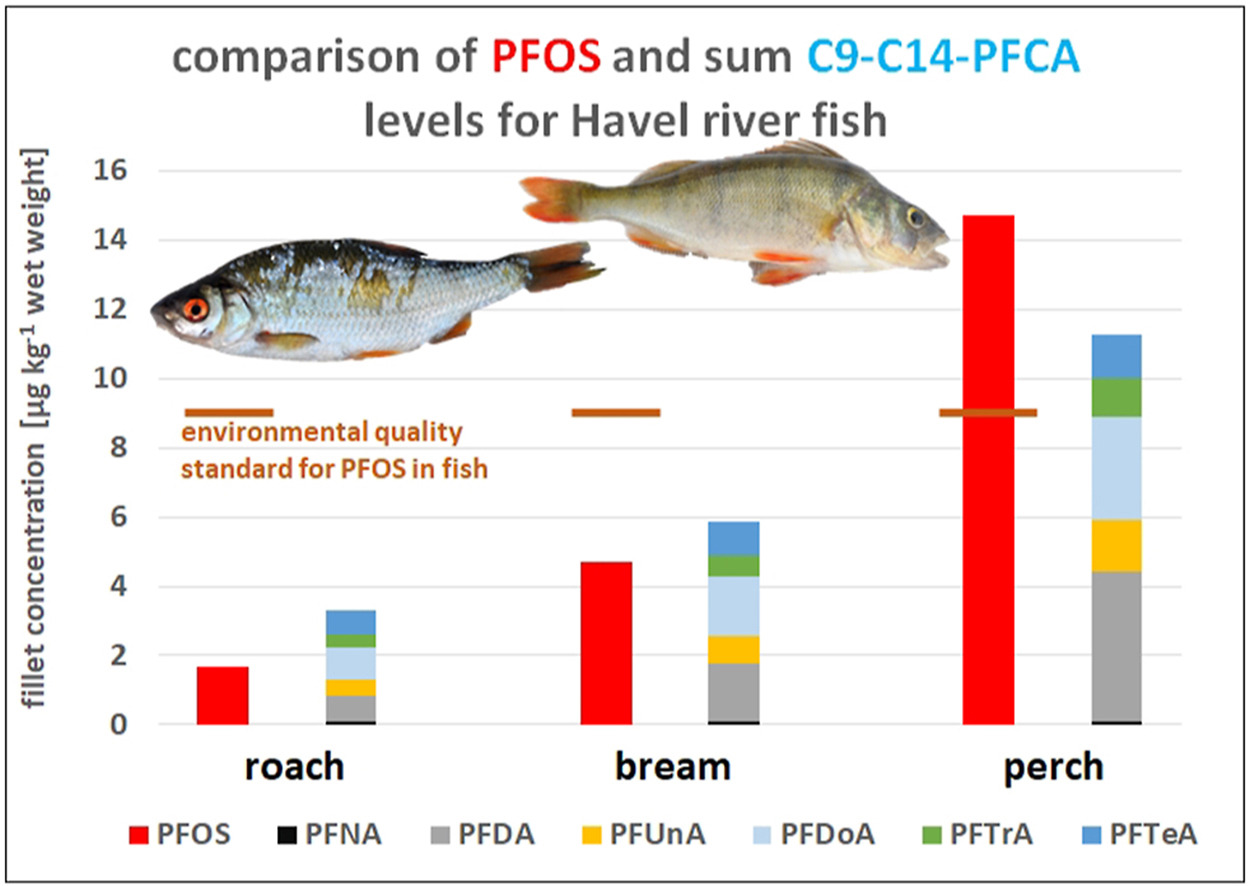